The selectors have completed the 2nd cut of Under 12 squad. The next trial game will be on 11th October 2015 at Frankston YCW CC, Peninsula Reserve, Frankston. The squad is below and the players selected for this game are requested to arrive at 9.30 am. The format of the game will be a 30/30 and as such the players are asked to make sure they have playing whites, a hat, sunscreen and water bottle. The selectors would like to thank ......

Senior Pennant Committee has called for a Captains/ Coaches meeting to be held on Wednesday 30th September 2015 at MPCA Office, 1973 Frankston- Flinders Rd, Hastings commencing at 7pm. Meeting is compulsory for all 1st XI Captains or Coaches from all Clubs. Attendance by Captains from other grades is optional.......

Reminder of U14 VMCU Squad   30 over trial match on  Saturday 19th September 2015 at Frankston YCW CC ground, Peninsula Reserve, Franks St, Frankston starting at 10.00am. Players in squads below are requested to be at the ground by 9.30am with their whites.  read more

Next training session for U16 VMCU squad will be held on Saturday 26th September at Mornington Cricket Club, Alexandra Park, Mornington. Squads are below with groups to train as follows: - North Group 9am to 11am - South Group 11am to 1 pm Players are to bring own gear and wear white shirts. U16 - 2016 VMCU Nominations (1) Players nominated......

HI,   A reminder of Girls Cricket info day as per below 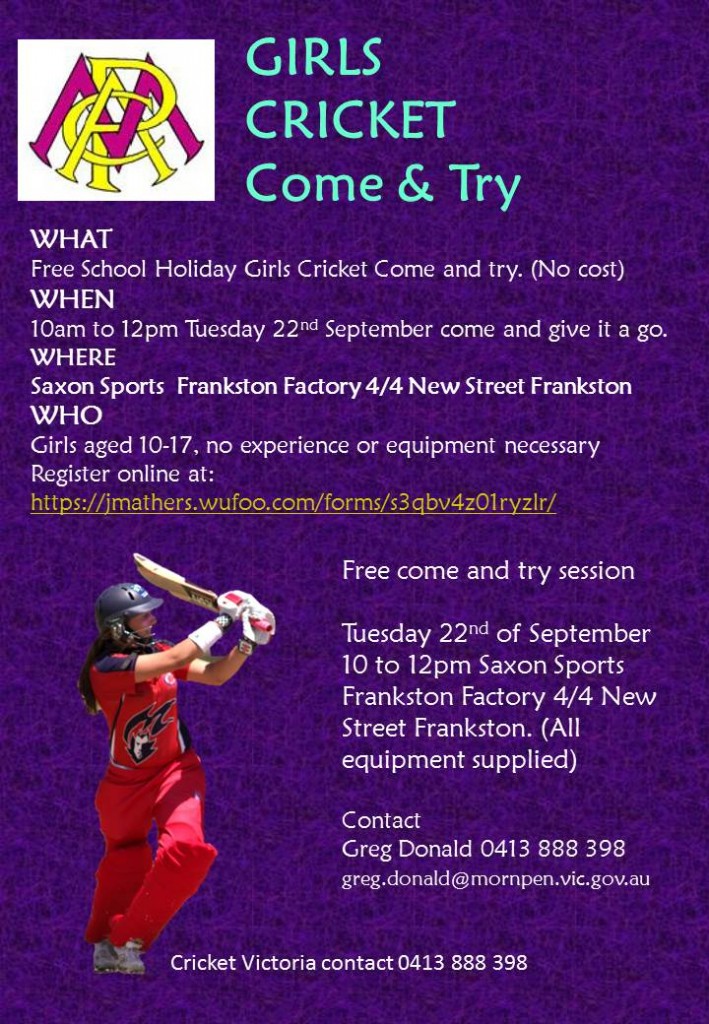 At its meeting last night, the Board approved a proposal from the Senior Pennant Committee to change the format for this season's Jack Peacock Cup from a knockout to a round robin competition.  read more