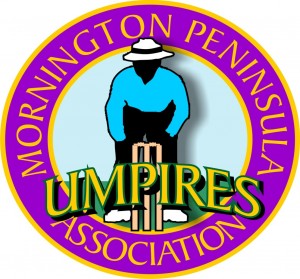 The Mornington Peninsula Cricket Umpires Association (MPCUA) is seeking to recruit both newcomers and experienced umpires to its ranks for the 2021-22 season and beyond – both female and male applicants are most welcome.

Are you an ex-player who hasn’t been involved in the game for a while – maybe you are a club supporter interested in becoming more actively involved in the game – or perhaps you are simply a cricket lover who wants to take on the challenge of participating directly in the game from the best seat in the house. Umpiring with the MPCUA will help you reignite old cricket friendships and forge new bonds with your fellow umpires.

The Mornington Peninsula Cricket Association (MPCA) has four very competitive divisions, Provincial/Peninsula/District/Sub-District, which encompasses teams from as far afield as Carrum and Seaford to Sorrento and French Island – all matches are played on Saturday afternoons from 1pm with a finishing time of no later than 7pm – attractive match payments are on offer.

For further details or an expression of interest please contact: